The amount of contents yearly produced for the small screen makes it almost impossible to keep up, even for people whose full time job is watching and talking film. Notwithstanding, I did my best. It’s been a terrific year for the small screen, many classic works of art aired to millions around the globe. And, as usual, I’ve put together a list to appreciate all the shows that made me feel good.

Below is my list of TV shows that struck something in me, irrespective of genre or professional critics’ opinion.

PS: 2018 has a lot of great TV shows; and it was tough limiting them to ten. I apologize in advance if your favorite(s) don’t make the list. Do air your grievance in the comment box.

Even though its a late year release, Runaways sees a vast improvement in its writing, acting and story in its sophomore year. It’s a better outing than its first.

9. The Hunting of Hill House s1

Netflix continues to be the gift that keeps on giving. I really enjoyed this horror show about a small family terrorized by their past. Even though it got neatly tied out, a part of me still wishes it’ll have a second season focusing on the same family. You can read my review here. 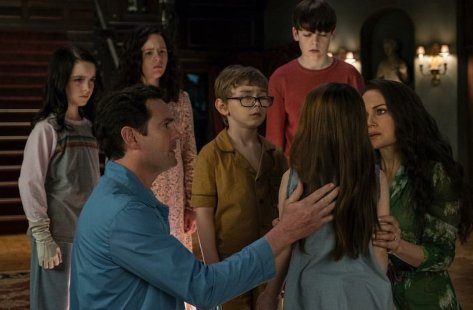 Even though though it’s got a misleading title, fans can’t stop raving over the beauty that’s this year’s entry into the American Crime Story anthology, and that’s largely due to Darren Criss’ performance. We sure owe him a lot. 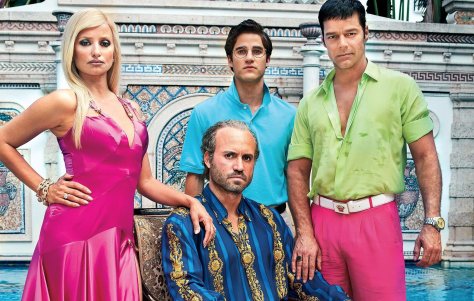 Another Netflix offering that helped make the year better.

In Gilead, things bad things happen. And it’s up to Offred (or June, whatever she goes by these days) to change the narrative back to the saner days. 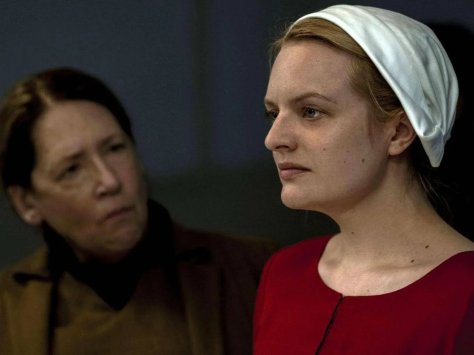 Everyone who knows me knows Agents of SHIELD has been one of my favorite shows for some years now. The shows never disappoints. It’s sad I have to wait longer for another season to arrive. 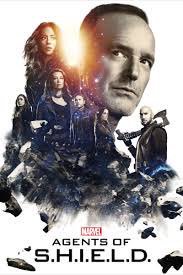 Daredevil was arguably at its best this season. A nice retrace back to its root. Which makes its sudden cancellation all the more painful.

Just before I unveil my top three, I’d list to list some honorable mentions. Please note that they’re in no particular order.

After a wonderful first outing in 2016, Westworld tries its best to live up to the hype that its the goto show for unexpected twists and turns in timelines. 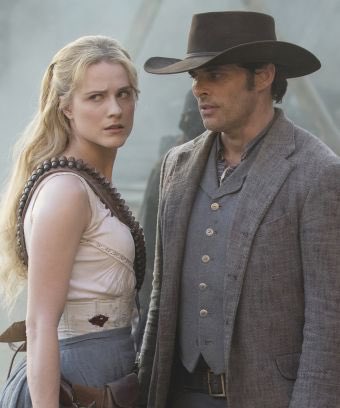 Previously on How to get away with murder….

That’s all I need to hear to make my Thursdays. Viola Davis and the rest of the remarkable cast continue to do impressive works. Coupled with the fact that Wes is still dead, this show is definitely one of my favorites.

Never in the history of TV has a show as silly and self-aware as Legends of Tomorrow ever existed. Whoever birthed the idea to make it this way sure has my respect. The sillier the show gets, the happier I become.

I followed a lot of TV shows this year, and it’s only fitting I liked some more than others, doesn’t mean those not mentioned are bad. As I said earlier, I’d like to know your thoughts in the comment box..

Jack Ryan is a popular property, hence its frequent reoccurrence in the media (five movies already). Those who know me know I’m a fervent advocate for TV series and how they make every story better because of the greater time they devote to the art of telling it. That’s exactly what happened with this iteration of Jack Ryan – more time made it better, hence I had a good time watching and observing various characters develop.

Remember when some people said  2018’s John Krasinski’s year? They weren’t exaggerating. From ‘A Quiet Place’ to this, he really is on a winning streak, and judging by his performance in this, he doesn’t seem to be slowing down anytime soon.

Jack Ryan (John Krasinski) works as an Analyst for the United States Government, a job that entails him ‘following the money’ as he repeatedly states throughout the eight episodes season. Not long into the first episode, he’s thrown into the field; a situation that, although is foreign to his job description, quickly reveals him to be a natural, and all this is in a bid to catch the big bad – Mousa Sulaiman.

Now, for everything Jack Ryan is, Sheikh Suleiman appears to be badder. A hero is only as good as the villain he/she has to surmount. And although Suleiman isn’t the villain of the year, he’s got a well spelt backstory that slowly reveals who he is and his motivations for becoming a terrorist; in his own misguided way, he’s getting even with the country (United States) that failed him.

I wasn’t entirely pleased with the way his motivations were detailed, especially in a scene that’s supposed to be the defining one – that between him and his brother (Ali) at the prison visitation room. But I guess it beats having nothing at all.

For every time Jack, his boss James Greer, and the rest of team USA thought they were breaking through in locating Suleiman about Yemen, it’s revealed he’s one step ahead, mostly by luck though. It isn’t until Suleiman’s wife, Hanin, goes rogue to save her children from having a future tainted by the actions of a father desperate for mass attention that the good guys finally get a chance. Funnily, that window of opportunity they get ties into Suleiman’s larger plan… Talk about impressive or predictable. 😁

You’d then think that with all these near grabs the resolution would be epic? That after all the slow build towards a catastrophic attack what ‘Jack Ryan’ had in store for us was something more than trying to kill the President of the United States with a weaponized version of Ebola – a bioweapon. But that’s what we get. And  all revered Sheikh Suleiman dies in a shootout at the hands of none other than Savior Jack Ryan.

For a villain painted to be smart, ruthless and at the same time compassionate, Suleiman has all the ingredients to be a villain to remember, but for some reason he comes across as monotonous and inadvertently boring. That doesn’t make him a bad villain, he’s just not award material.

If you’re wondering where an Analyst, who spends his job hours sitting behind a desk and a computer punching numbers and tracing graphs, learnt how to shoot a gun really well, you’re definitely not asking the wrong question. A character once ( called Jack a wolf in sheep’s clothing… That he was hiding the best parts of himself under the guise of living a simple life. Even Suleiman buttresses this point when he refers to Jack as being more than an Analyst. And they weren’t wrong. Jack used to be a Marine until he made a mistake that cost him the life of 12 of his colleagues.

That revelation carried enough info to effect Jack’s personal life drastically. But asides the depiction of his handling PTSD from that event…

… I honestly didn’t see the impact of the backstory. The aftermath of the loss didn’t make Jack any less trusting of people as one would expect. If anything he improved on his skills and just didn’t trust the wrong person during the course of the show. I believe that plot could’ve been handled better.

Jack’s love life, James Greer’s personal struggle with his faith and Hanin’s unwavering love for her children make up the rest of the runtime for the season. I particularly liked how all of this plots were resolved and how, even though we’ll be having a second season, we won’t be focusing on Suleiman, but a new, hopefully, more worthy threat.

The production quality, acting talents and score were all great, in case you were wondering. John Krasinski is my Jack Ryan, at least that’s who I’ll be thinking of, for a while, whenever I hear the character’s name.