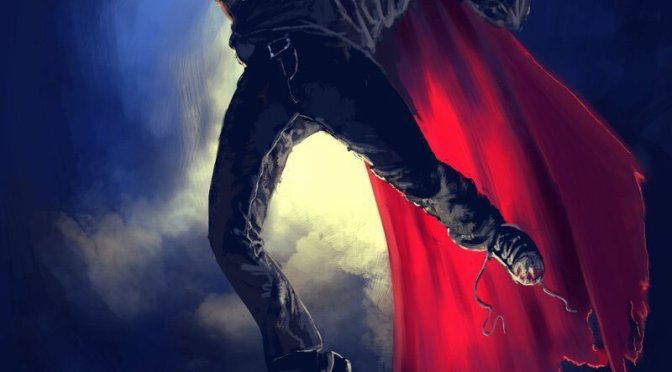 Ever wondered what if Superman never turned out to become the upstanding heroic boy-scout we know him to be, but instead a sociopath?

Brightburn sets out to answer this by giving us Clark Kent wannabe Brandon Breyer. ‘Take the world’ his mantra, hatred for his adopted parents propagation to get his plot running. All’s set for this movie to wow us with genres mash up between slasher horror and superhero. But it fails woefully.

Brightburn turns out to be an easily forgettable piece of work.

The idea’s good, execution’s poor. Jackson A. Dunn shines as Brandon, and that’s as far as the light at the end of the tunnel goes.

Though laden with jump scares from the very first scene, this movie tries too hard and fails flatly to justify its existence. It has gore, plenty of it, but even an ardent lover of horror movies like myself would find the characters too dumb, and almost unbearable. Something’s really off with the people of Brightburn; I mean, who texts her husband goodnight when the security alarming just buzzed repeatedly? Or, gifts a 12-year-old a shotgun as a birthday gift? And how does a drunkard playing snooker easily put two-and-two together much faster than the town’s sheriff? These characters are so badly written their motivations come off like a bad joke. They consistently make bad choices, and fail to portray any true sympathy like real humans would. And that makes them sadder to watch.

Brightburn tries to be different; a fast paced Superman-ish story. But in all the many ways the movie’s announcement and trailer sparked excitement, the finished product lays those efforts to waste.