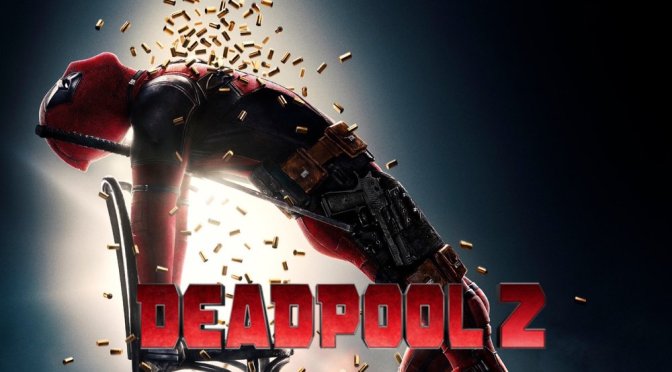 Breaking the fourth wall and an R-rating, which allowed the use of strong languages, endeared the first Deadpool movie to the hearts of fans around the world. Expectations were high for this sequel, and boy did it deliver!

Shocker alert! Vanessa (Baccarin) dies early into the movie. At first, I thought it was a joke of some sort, an elaborate prank on viewers. I mean, how does Vanessa die almost as soon as the movie starts, especially after being an integral part of the first movie? Well, that’s what we get… A dead Vanessa. But that doesn’t mean talented actress Morena Baccarin sits out the entire movie, she’s just not as important as would’ve been expected. I’d have loved to see more of her pretty face and a possible repeat of the marathon sex scenes with Wade; good thing she was saved at the end of the movie with Cable’s time-travelling device.

A dead Vanessa translates to an angry Deadpool a.k.a. Wade Wilson (see what I did there? 😂). He tries everything from revenge murder spree to revenge suicide to cope with his loss, but nothing worked. The perks of being an immortal. He finds new purpose joining the X-Men, but it’s short-lived and he ends up in prison, where all the real fun begins.

I liked the fact that we were introduced to a new side of Deadpool (Reynolds), one that manages to humanize a character that’s easily seen as a caricature, and still maintain all the silliness that made the first movie beautiful.

At best, I could describe the character Cable (Brolin) as decent. Don’t get me wrong, he had a great backstory… Wife and child died at the hands of a mutant madman. So, he goes back in time to enact revenge before the madman is truly formed. Works well on paper, but wasn’t convincingly executed, if you ask me. The way his scenes were layered to add suspense just didn’t work for me… It got me a bit confused in places I shouldn’t have been. I did like every action scene he appeared in though, especially that one on the highway where Juggernaut (Reynolds) was released.

Talking about Juggernaut. This is obviously the better of his two live-action appearances (remember X-Men: Last Stand). Even though the character is portrayed as a mindlessly loyal mutant in this movie, his lines are less cheesy and he makes up for his lapses by smashing things way better than his predecessor ever could. His BIG CGI fight with Colossus is one to be remembered for a while.

A movie’s only as good as the villain he/she has to face, but does ‘Deadpool 2’ pass on this department? There isn’t a straight answer to this question as there isn’t an actual big bad for Deadpool to battle and surmount, like in the first movie. Instead, he’s faced with the opportunity to rewrite destiny, convince a possible-villain to do good, and in so doing shows we (humans) are products of our choices… The future isn’t set in stone, as most say. Does this move work? Yes, it does.

I loved Domino (Beetz)!!! Who would’ve thought a character with luck as a superpower could be so cool? We’ve got Zazie Beetz to thank for this gift we hope will continue giving in this universe.

I enjoyed all the DC and Marvel references, and those fourth wall breaking scenes, especially those in the post credit scenes… Deadpool’s really silly, I can’t seem to get enough. 😂.

Have you seen ‘Deadpool 2’ yet? Did you like it? What’s your best moment in the film?

PS: To whom it may concern, a third Deadpool movie is in the works and might just be produced by Disney this time.