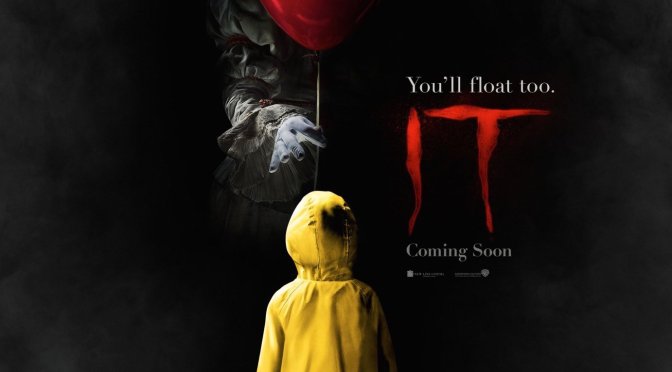 This is a horrific movie; watching the trailer gave me the chills. It’s another one of prolific author, Stephen King’s book, being adapted to film for the second time.

I noticed one of the kings from Stranger Things in the trailer. If you want to know whom, go watch the trailer now! 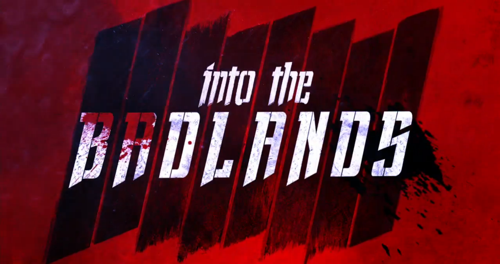 It’s about time Sunny got free!

The episode starts with the best thing about this show – the martial artistry. Sunny and his Baije (his new friend) trickishly and conveniently fight their way out of Bordo mines.

M.K. is still getting closer towards learning to control his gift. The Master introduces him to his greatest enemy – his dark self – and tries to prepare him yo be independent of it. I must say, presently, M.K. happens to be the most powerful being in this world… and that’s a great feat especially since he’s being trained by someone called The Master. M.K. did battle his alter-ego inside his head, and lost. The warning The Master gave to him still rings in my head – she said, whatever force M.K. was using was the one in control of his power and not him; encouraging him to take charge.
Quinn is still as terrifying as how we remember him. He seems to have a liking for Sunny’s wife, Veil, and her son whom he christines Henry. Quinn has this underground activity going on at their hideout, and its proving to be a very grand one. He’s raising some sort of an army for acts yet to be known. Though he displays some elements of higher brow craziness, Quinn is quite likeable in this episode.

Meanwhile, Quinn’s wife, Lydia, makes a return in this episode. She found herself among men and women who abhor violence to the core, even at the point of death; the kind of people who scold you for killing someone who would have killed them; it’s no surprise when she leaves them.no questions asked. But, with her son, Jaden, not fully appreciating her return because it immediately signals her resolve to interfering with his ruling as the new Baron, she’s left conflicted.

Have I mentioned that Widow is hot! She makes an appearance during the last four minutes of the episode, as she deliberates with a newly returned Waldo over how the other Barons will be handled now that Ryder is calling a meeting, probably to incite them against her.

The final reveal of the episode is a bigbig deal. Sunny discovers there is a far stretch of wall preventing people from gaining easy access into the Badlands.

I must say, Into the Bad land’s sophomore season shows so much promise at this stage that I can bet it will be a bigger success than its first season.

Into the Badlands airs Sundays on AMC. 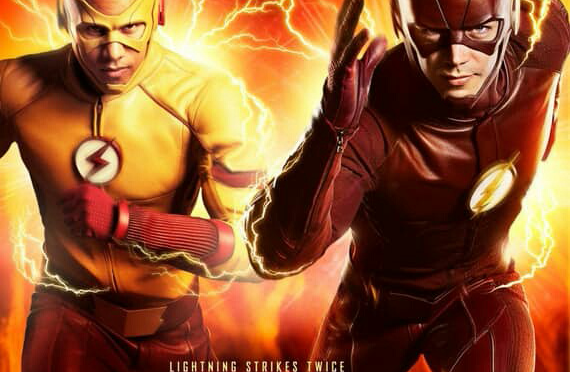 Since The Flash aired in 2014 there has been speculations over when Caitlin Snow would finally take over her comic book alter-ego. Even after a prolonged delay and dillydally over her final allegiance, I’m happy to finally announce that it happened in this episode… somebody please turn on the heat!

The villain of the week is known as Abra Kadabra – and he has history with Gypsy. Kudos to the production team on Kadabra’s futuristic voice; I liked it.

Barry and friends quickly capture Kadabra, and have to contend with Gypsy who wants him in custody for contributing to the death of her late husband. I didn’t particularly enjoy Gypsy in this episode: the purpose of her inclusion wasn’t really a good one.

All this episode did was toil with the idea that Iris could be saved; truthfully, I am tired of hearing this. Most if this season’s episodes have been a bore because of its being centered on saving one person. And, the idea going round that Savitar might be someone the team knows doesn’t sit well with me, I think it’s lazywriting that the story must always come full circle back this kind of reveal – after two seasons with related climax reveals something new is needed.

Around this episode in past seasons anticipation’s already over the top. Truthfully, this season has been a let down and one can only hope it gets better.

The Flash returns April 25, on The CW. 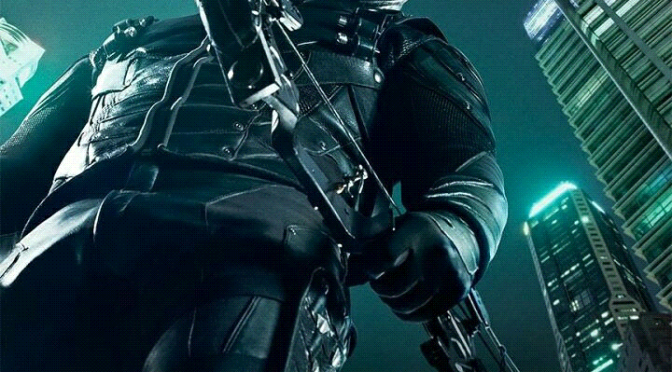 At the end of this episode, the SCPD finally knows that Adrian Chase is the Throwing Star Killing a.k.a. Prometheus.

After getting broken by Chase, Oliver wastes no time disbanding Team Arrow. Naturally, this doesn’t go down well with everyone, especially when Oliver invites Anatoly and the rest of the Bratva brotherhood. Diggle doesn’t take this well; he and Oliver clash over differences in belief and how Oliver’s choice to invite Bratva to their battle over his teammates isn’t the best.

Meanwhile, Felicity’s deal with Helix does a lot of good today; they try to connect Prometheus and DA Chase as the same person, which does work. Though it took a lot of work and for Curtis to be roped in, the video evidence of Prometheus unmasking himself to reveal Adrian Chase underneath was gotten and circulated; though it was gotten late – because Chase was already in custody of the Feds to federal protective custody.

At the end of the episode, Chase is a fugitive, Oliver and Anatoly are enemies because of a major fall out, team Arrow is back though without Oliver, and things appear heated as we head into the final lap of the season.

Arrow returns April, 26 on The CW. 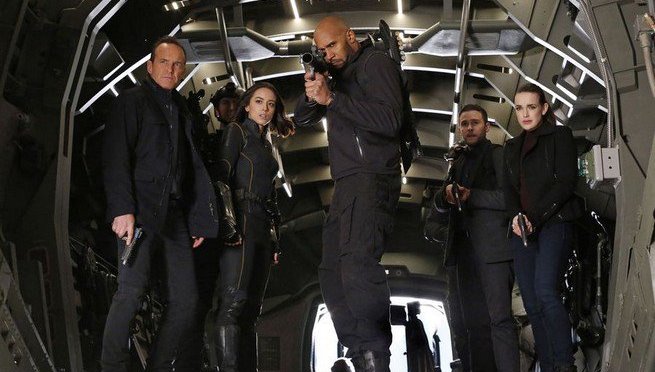 The six weeks hiatus is almost over, and we can’t wait for Marvel’s Agents of S.H.I.E.L.D. to return to our screens. When AoS left us, almost every Agent (character) that matters’ already inside the Framework, voluntarily or involuntarily.

The 3rd of the 3-pods story for the season promises to be intriguing; old characters well missed have every opportunity to return to our screens, and an endless possiblity of stories to be told.

Here’s the synopsis for the coming episode:

As Daisy and Simmons struggle to discover an escape route to the real world, the identity of the Inhuman leader of the Resistance is revealed.

Two things I look forward to are: the major return of Hydra – S.H.I.E.L.D.’s nemesis, and AoS’ muse – Grant Ward. 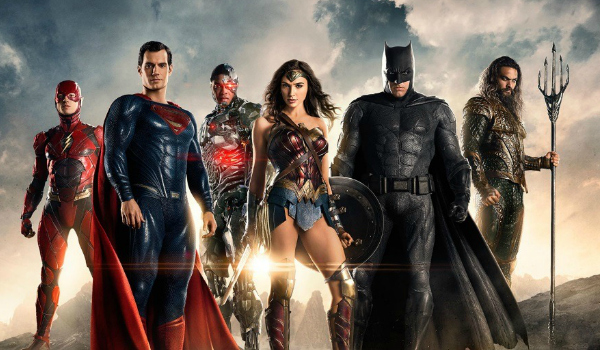 A new trailer for Justice league has arrived, furthering raising enthusiasm for the movie. After so many time s of DC movies being divisive, most people who watched the Justice League’s animated series growing home can only hope they get this movie movie right.

RR feels this movie will be the deal breaker for DC – people’s response to DCEU will rest on their ability to properly execute this movie. 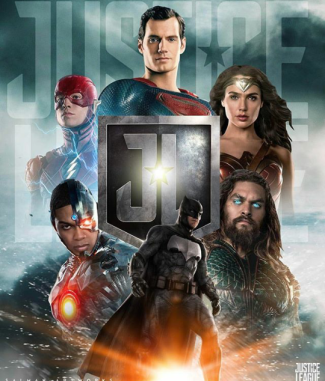 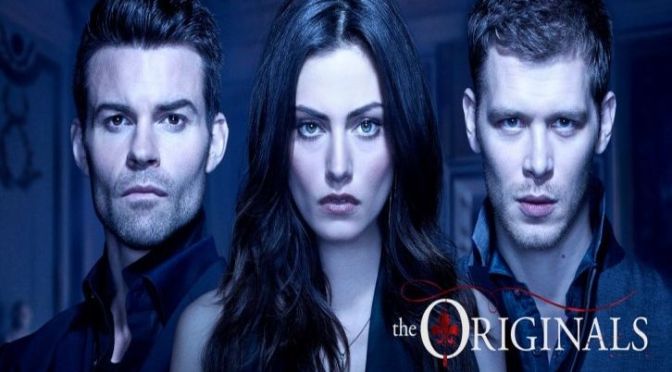 The Originals continues this season building its new mythology and delivering intriguing storylines.

Klaus got his freedom in this episode. I’m happy at how fast the producers put to rest the issue of his captivity.

Before the rest of the Originals came to his rescue, Klaus, still under the influence of Papa Tunde’s blade conjured Camille in his head to escape the insanity of the blade’s endless torture. I might confess, I wasn’t a fan of Camille because she caused Klaus to lose focus, but it was nice to see her again for a short while.

For the first time in a long while I got to see The Originals together, all lined up – Freya, Kol, Elijah, Klaus, Rebecca, and Hayley, in one scene, ready to fight; to fight Marcel for the freedom of their brother, Klaus. In this season we get the best line of the episode – where Kol bluntly told Marcel he isn’t a Mikaelson an the should get over it.

Marcel finally agreed to let all of them go after much pleading, giving a line just like what Klaus would say – Know you’re alive because I showed you mercy. The catch was that they all leave New Orleans once and for all.

Addressing the other elephant in the room, the new threat rising up in the witches’ quarter. Though, Hope’s drawings aren’t in this episode, Vincent and Maxine (his new love interest) get a lot of time to shine with respect to this brand of witchcraft. Whatever that light that appeared to Adam (Maxine’s son) last episode, Vincent has history with it, and if what he told Marcel at the end of the episode is anything to go by, the whole of New Orleans is in danger.

This episode does the same thing the premiere episode did – to help establish the new season’s mythology. Things are bound to get further heated up next week.

What did you think about the episode? Let me know in the comment box below.

The Originals airs Fridays on The CW.